Guy qualified from Liverpool in 1976 and set up the Arvonia Vets practice from his home, Arvonia House, in 1980. His interests are small animal animal medicine, dentistry, acupuncture and homoeopathy. Guy has three cats.

Richard qualified from Liverpool in 1989. Initially he was employed in traditional mixed practice until he moved to the Bristol Vet School where he worked for six years. During this time he was awarded a PhD in orthopaedics and obtained the RCVS certification in radiology. He joined Arvonia Vets in 2001. In 2014 he passed the European certification exam in small animal surgery.

His interests are radiology, ultrasonography, ophthalmology, orthopaedic and general surgery. He has a rescue cat, a number of fish and a border terrier called Poppy. 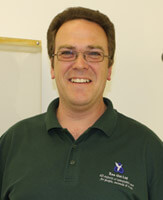 Tony specialises in treating both people and animals suffering from physical conditions and he operates a weekly clinic at Arvonia Vets for small animals needing osteopathic treatment.

Over the years Tony has pioneered the use of osteopathy on numerous species of animals, birds and reptiles. This has included everything from treating British wildlife casualties at UK rescue centres to caring for elephants and ostriches in the wilds of Africa. Tony currently works at zoos and collections in the UK and overseas, as well as at several veterinary clinics.

Vets from all over the country refer pets to Arvonia Vets to receive osteopathic treatment from Tony.

Tony is also a founder of the Society of Osteopaths in Animal Practice (SOAP), and is on the teaching faculty for postgraduate studies for osteopaths in animal practice.

In her spare time she is a keen cook and loves making bread. She has a mad cat called Maisie!

Selena Joined the team in August 2012 and is currently doing a mixture of Nursing and Practice management. She left us briefly in late 2015 but returned to us in Feb 2017.

Her two kids and two Cocker spaniels keep her busy between training and doing agility competitions.

Hannah graduated in July 2020 & began working for us a week after! She's settled into the team really well & loves singing along to the radio to cheer everyone up! She can't wait to build her relationships with clients & grow as a registered veterinary nurse. 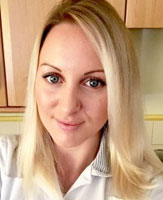 Kate joined Arvonia Vets in 2015 and works on reception.

Outside of work, Kate is a keen Indian and Thai cook. She is also a kick-boxer. She has two dogs called Billy and Slinky.

A horse called Blue, and she is currently expecting her first baby in summer 2021.

We use cookies to ensure that we give you the best experience on our website. If you continue to use this site we will assume that you are happy with it.